When Apple announced iOS 12, the selling point was about performance. It’s no secret that as your iOS device continues to get old, it doesn’t run as smooth as when you first received it.

With iOS 12, Apple claims that you will see a huge difference in speed from the iPhone X and iPad Pro to legacy devices such as iPhone 5s & iPad Air.

Some of the speed bump specs that Apple stated were:

For everybody who loves group chats, Apple has pulled the lid and announce Group Facetime for iOS 12.

With Group Facetime, you’re able to Facetime with up to 32 people at once. I don’t know anybody who wants to have a face to face conversation with that many people but it’s a welcoming addition.

Apple announced some new updates with their animojis but the highlight was Memoji. With Memoji, you’re able to create yourself as a moving emoji that follows your facial expressions. Bringing more functionality to your messages. You can also use it as a face filter for the new group Facetime, pictures, and videos.

Augmented Reality is becoming better with Apple. Apple is introducing a new AR App called Measure. Measure helps you measure objects in real time by just pointing your camera at them. It was a pretty dope to see.

There are many more updates coming to iOS 12. There are updates such as:

Siri Shortcuts: Apple found a way to make Siri useful by allowing you to create your own Siri shortcuts for your iOS device.

Screen Time: a new feature that gives you the ability to be aware of how you and your kids use your iOS devices. You can even put a time limit on some of your kids favorite apps so they won’t be distracted all day. Definitely a cool feature for parents.

You can check out more on iOS 12 by clicking HERE!

iOS 12 will be available this Fall.

Apple didn’t go over too much about MacOS Mojave but here are some highlights that were shown:

With MacOS Mojave, you will now have the ability to switch your Mac device to Dark Mode. This will change all your apps to have a black background. Much better on the eyes at night and helps you focus on your projects.

Apple is introducing Dynamic Desktop with MacOS Mojave. It’s a time-shifting wallpaper that changes to match the time of day. So you will see the sunrise go up and down to nightfall in your background throughout the day.

This has to be my favorite feature because my desktop is very cluttered. With stacks, it organizes your files into sets on your desktop. For example, it sets your files by images, spreadsheets, documents, PDFs and so on. It is such a welcome addition to MacOS.

You can check out more on MacOS Mojave by clicking HERE!

MacOS Mojave will launch this fall.

Not too many big updates with TvOS 12. It was mostly geared towards the Apple TV 4K.

Apple noted that this the first streaming system player to be able to do both Dolby Vision and Dolby Atmos certified. So if you want a complete cinematic experience, Apple TV 4k is only streaming device that is delivering it right now thanks to TvOS12.

You can check out more on TVOS 12 by clicking HERE!

TvOS 12 will be available this Fall.

With watchOS 5, Apple is some cool features to the Apple Watch.

For the competitive people out there, you will now able to challenge your friends to a 7-day competition. You earn points based on the activity rings that you close. Whoever has the highest amount of points gets a medal and bragging rights. A fun way to keep you and your friends motivated to work out.

Apple is introducing Automatic Workout detection for watchOS 5. So if started a workout and forget to start your workout app, Apple Watch will alert you. Once you start, it will credit you for the exercise that you’ve already completed. It also reminds you to end your workout if you forget to do that as well.

Speaking of workouts, Apple has added new workouts to the workout app. You will find workouts such as Yoga, Hiking, and an improved running workout.

With WatchOS 5, Apple announced a new way of communicating with Apple watch and that is Walkie-Talkie. You can have one-on-one conversations by tapping on your Apple Watch.

WatchOS 5 will be available this fall.

So that was the WWDC 2018. All in all, it was a solid event. We feel that they played it a safe but fixed a lot of annoying issues. Are you excited for any of these features? Sound off in the comments below! 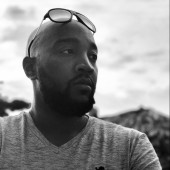